You are here: Home / Sports / Henson leads Bucks past Magic 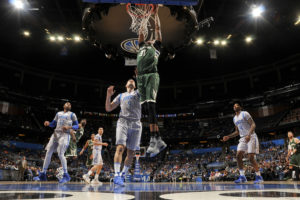