You are here: Home / Business / Johnson says US must stay engaged in overseas markets 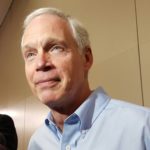 President-Elect Donald Trump has said he’d pull out of the Trans-Pacific Partnership and work on bi-lateral trade agreements. Wisconsin Senator Ron Johnson says while TPP may be dead, the US has to stay engaged.

“The fact of the matter is it sounds like TPP is dead. There were problems with it and I’m happy to have a President Trump negotiate a better trade deal, but we have to stay involved in trade,” said Johnson. “Let’s get to to the negotiating table, let’s fix the problems you saw with TPP, let’s make sure that we have fair trade, but we do need to engage in those overseas markets.”

The Obama Administration is still planning to submit the Trans-Pacific Partnership to Congress for approval during the lame duck session.