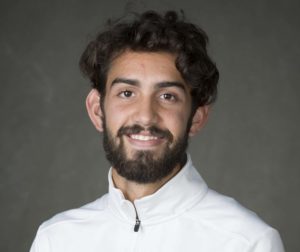 After leading the Badgers to the program’s 48th Big Ten Conference title and bringing home an individual crown as well this past weekend in Minnesota, Morgan McDonald (pictured) was honored as the Big Ten Men’s Cross Country Athlete of the Year.

McDonald earned the award by dominating the field on Sunday at the Les Bolstad Course in Falcon Heights, Minnesota.  The junior crossed the finish line in 24 minutes, 35.7 seconds, over eight seconds in front of the next runner.  His success led Wisconsin to the team title, beating Michigan State by three points.