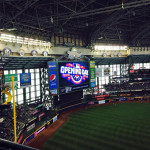 Chew and dip are off-limits on the field, in the stands and even in the parking lot. Tenth District Alderman Michael Murphy sponsored the measure banning smokeless tobacco at Miller Park and all other sports venues in the city. The council approved it on a 14-1 vote, with Alderman Nik Kovak the only no vote.

Other Major League Baseball cities like New York, Boston, Los Angeles, and San Francisco have smokeless bans. In a statement, the Brewers say they support the ban. In a letter supporting the move, Former Brewers owner and Commissioner of Baseball Emeritus Bud Selig said that he hopes “continued, collective progress will rid smokeless tobacco from our National Passtime forever.”