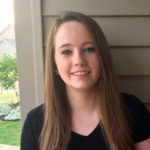 Police are asking for the public’s help in finding a missing and endangered 16 year-old Jefferson County girl. Lake Mills Police Chief Pat Matuszewski said Kendal Hunphries was initially listed as a runaway, but information recently recieved from the teen’s parents led his department to upgrade her status to endangered.

Kendall Humphries first ran away from home in October, but retruned. She left again November 1st. Humphries is five feet, four inches tall, weighs 130 pounds, with brown hair, blue eyes, and a scar on her upper lip. Anyone with information is urged to call Lake Mills police.

Investigators believe Humphries has been traveling between Dane County and Jefferson County. Police don’t know if she is staying with people she knows. The people she was staying with the first time she ran away are said to be cooperating with the investigation, according to the Watertown Daily Times.