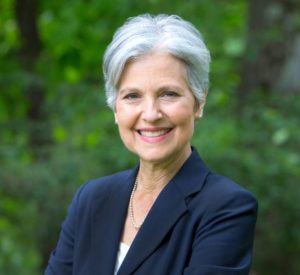 Green Party presidential candidate Jill Stein says the “exorbitant” cost estimates of doing a recount in Wisconsin will not deter her campaign.

The Wisconsin Elections Commission says it will cost local clerks $3.5 million to recount the nearly three million votes cast in the presidential race. In a statement, Stein said she stands by her commitment to verify the vote in the state, despite the cost.

“While this excessive fee places an undue burden on our efforts, we are committed to paying this cost in order to ensure that the voting in Wisconsin was accurate. It is another sign of a democracy in crisis that ordinary citizens must pay so steep a price in order to assure the validity of our votes,” she said.

Stein has raised more than $6.4 million so far to fund recount efforts in Wisconsin, Michigan, and Pennsylvania. Her campaign now hopes to raise another $2.4 million to help cover what she called a “new extraordinary burden in Wisconsin.”

Stein and independent presidential candidate “Rocky” Roque De La Fuente both requested recounts last week, citing concerns about possible tampering with electronic voting machines in the state. State election officials have said they strongly doubt that could have happened. Both campaigns have until 4:30 p.m. today to pay the state for the recount, before it can begin on Thursday.

Stein’s campaign will also be in Dane County Court Tuesday afternoon for a hearing in a lawsuit that’s challenging a decision not to do a hand recount of ballots in all 72 counties.

The WEC said Monday that clerks have the option of doing a hand or machine-assisted count of ballots. A court order is needed to require a hand count, which is also more expensive for clerks.

The hearing before Judge Valerie Bailey-Rihn is at 4:30 p.m. in Madison.