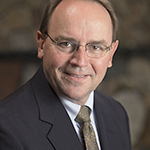 A state Senator is renewing his focus on delisting the wolf from the endangered species classification. State Senator Tom Tiffany wants U.S. Senator Tammy Baldwin to advocate for the change, and end what he calls “ping ponging” litigation over the issue.

“When you leave it in the courts, it volleys back and forth, so we’ll get delisting for a few years . . . and then there will be another lawsuit and it will be taken away,” Tiffany said. “We have the best results when we have state management, so it’s time for that to happen.”

“If some of her colleagues saw a Democrat like she is taking the lead on this issue, they would probably follow along,” Tiffany said.

U.S. Senator Ron Johnson and outgoing Congressman Reid Ribble introduced a delisting bill that failed to advance. “The people of the state of Wisconsin know this needs to change, especially people those people that are affected by wolves,” said Tiffany.