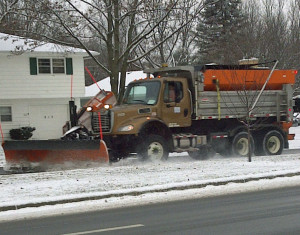 Getting home for Thanksgiving may not be easy for hundreds of thousands of Wisconsinites.

The first noteworthy snow of the season began Tuesday night in the northern half of the state — and a second wave is due in this afternoon. Sleet and freezing rain are possible at times in the middle part of the state.

Dorchester in Clark County had three inches of snow by 12:30 this morning, and Wausau had almost three inches by four.

Parts of northwest Wisconsin are expected to get up to six inches by late evening, along with three to five inches in north central areas and two to four inches in central Wisconsin.