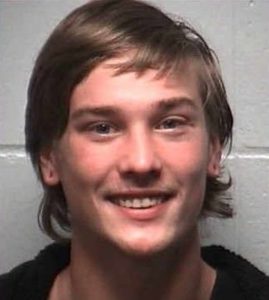 A 20-year-old Tomahawk man is accused of causing the death of his 23-day old son.

Henry Hughes is accused of first degree reckless homicide and felony child abuse. If convicted he could face up to 75 years in prison.

Hughes took the three-week-old baby to the hospital after saying the child turned blue and stopped breathing. The infant was transferred to a Marshfield hospital and died 12 days later. An autopsy showed the child had broken ribs and a broken ankle and had brain injuries that may have been caused by being shaken.

On Wednesday, a judge ruled there was enough evidence for the case to proceed to trial. He’ll be back in court December 8 for a scheduling conference.

Hughes is being held in the Lincoln County jail, unable to post $50,000 bail.

Hughes is also facing an unrelated felony charge in Lincoln County for a drunk driving crash that caused serious injury from June. Drug paraphernalia was found in his car when he was arrested.