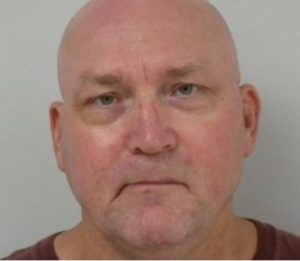 For the second time in about a year, Fond du Lac County officials are fighting the placement of a sex offender from another county in their area. Judge Richard Nuss this week extended a temporary restraining order preventing 61-year-old Terry Olson from being placed at home in Eldorado.

Olson, who is from Washington County, was convicted in 1990 of sexual assault of a child. Under state law an offender is typically released back into his or her convicting county, unless suitable housing cannot be found there. The state was looking at three locations in Washington County, but the Department of Health Services said they fell through, so the agency focused on a location in Eldorado, where another sex offender already lives.

Fond du Lac County officials oppose the move though, and are asking the state to look at other locations. Corporation counsel Meggin McNamara says even the Department of Corrections recommended against placing him there. “They didn’t really look fervently at adjacent counties…they found an address here in Fond du Lac and that’s where they really seemed to focus their effort,” she says.

McNamara says Fond du Lac County and Eldorado officials were also not given proper notification of Olson’s release. “That’s problematic from a county perspective when you’re trying to provide those resources and protect and serve when we’re not fully vetted and we’re not fully engaged in the process.”

A Washington County judge has already suspended Olson’s relocation, and ordered DHS to do more research on the possible locations there.

Fond du Lac County officials and Eldorado residents previously fought against plans a year ago to locate a sex offender from Milwaukee in Eldorado. The man was ultimately moved to another location.

Affiliates KFIZ and WTAQ contributed to this report.