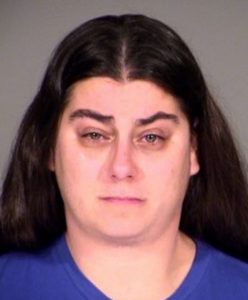 A Fond du Lac County judge has sentenced a woman to two years in the county jail for helping to hide the body of her murdered brother-in-law.

During sentencing Thursday, County Judge Peter Grimm said 36-year-old Tina Ewell dug a hole for herself when she helped her sister dump the body of Timothy Nance in a wooded area in Milwaukee in November of 2013. Eve Nance was convicted earlier this year for the murder, which her attorney argued was the result of a jealous rage over his multiple affairs. She was sentenced to 25 years to life in prison in May.

Fond du Lac County District Attorney Eric Toney agreed with the judge’s assessment of Ewell, saying she “obviously loves her family, but she made a decision to help her sister – putting her over her husband, her children…so she put herself in that position.”

Ewell will have work release privileges while in jail and will also serve five years of probation.