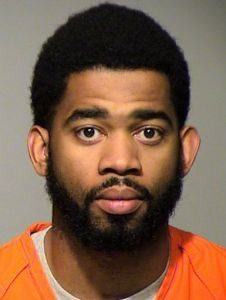 A former Milwaukee police officer has been charged in the fatal shooting of Sylville Smith. Twenty-four-year-old Dominique Heaggan-Brown is scheduled to make his initial court appearance Friday on one felony count of first degree reckless homicide.

Heaggan-Brown will also have a status conference on two sexual assault charges and three related counts not connected to Smith’s death in August.

That shooting triggered two nights of violence in Milwaukee’s Sherman Park neighborhood. Heaggan-Brown is accused of committing a sexual assault two days after the shooting. He was fired from the Milwaukee police force soon after charges were filed in that case in late October.