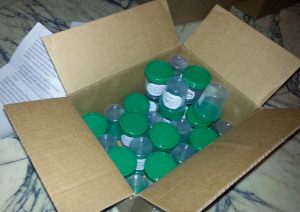 A state lawmaker plans to introduce a bill next session that requires schools to perform random drug tests on students.

The bill would make any student participating in extracurricular activities or who parks on school property subject to random drug tests. It’s among several measures proposed by a special task force on fighting opiate abuse

State Representative Joel Kleefisch (R-Oconomowc), who chairs the panel, said at a meeting this week that the proposed legislation is needed to help combat the state’s opiate epidemic. “If we’re gonna attempt to actually make a difference, we need to know who those using and supplying heroin at school or at school functions is,” he argued.

The bill could face some push-back though. State Representative Cindi Duchow (R-Town of Delafield) worries about traumatizing students, and recounted the story of a person whose daughter was pulled out of class for a test and had to wait two hours before she was ready to provide a sample – while somebody watched. “To randomly being pulling kids out of class for a couple hours, and then to have somebody watching them pee in a cup…that’s really disturbing,” she said.

Kleefisch argued some discomfort is required though, to help fight a very serious problem. “When students die of opiate overdose, that’s equally if not more horrifying…this is not an easy or polite subject.”

Dan Rossmiller of the Wisconsin Association of School Boards said heroin is a problem, but he questions the need for a statewide requirement. Several schools already randomly test students.