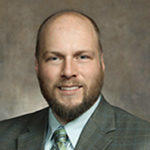 After a year long effort to analyze staff resources and prioritize its key work, the Wisconsin Department of Natural Resources (DNR) has announced some changes to better align its functions and structure with the changing needs of customers and stakeholders.

DNR Secretary Cathy Stepp said the plan reflects a variety of inputs. “Successful organizations must periodically evaluate their priorities and structure,” she said, adding that the agency has devoted extensive efforts to make sure they got it right.

The new plan will mean some significant changes for about five percent of the DNR’s 2,500 full-time employees and will transform seven operational units down to five.

State Representative Nick Milroy, a Democrat from South Range, said the changes will be “a direct assault on Wisconsin’s sportsmen and the enforcement mechanisms that protect our state’s natural resources.” He argued that Secretary Stepp remains “committed to systematically dismantling the agency that she was tasked with leading.”

Milroy said Democrats fought unsuccessfully to prevent rollbacks of environmental protections in the last legislative session and with this week’s announcement from the DNR, the upcoming session will “likely be just as bad, if not worse.”