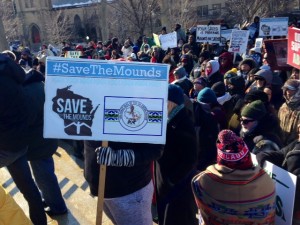 The owner of a quarry is criticizing a state panel’s recommendations for how to protect possible Native American burial sites.

A legislative study committee was formed to look at the issue after Robert Shea, president of Wingra Stone and Redi-Mix, wanted to mine a location in Dane County that’s listed in the state’s burial site catalog. The issue resulted in a legislative proposal last January that would have reduced regulation on burial sites. The measure was ultimately withdrawn, following a massive protest at the Capitol.

Shea, who sat on the panel, released a letter criticizing the committee’s proposed bill. He argued it does not go far enough to protect the rights of property owners and could actually make it easier for the state to prevent development on properties where burial sites may be present.

“I was hoping to work with committee members to find workable solutions to protect property owners,” Shea wrote. “Unfortunately, that didn’t happen.”