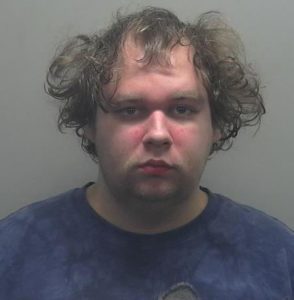 A Sheboygan man has been arrested after police say he was making social media posts about planning a school shooting.

Officers carried out a search warrant at the home of 21-year-old Joshua Bagemehl, after receiving an anonymous Crime Stoppers tip Monday about posts the man was making on Facebook. They found hundreds of rounds of ammunition, assault rifles, and other electronic devices in the home, along with handwritten notes about homemade weapons, plans for a “hostile takeover”, and other notes about committing crimes and not getting caught.

After his arrest, he was taken to the Police Department where he admitted to his Facebook posts, saying he did it to get a “reaction” from people. He told investigators that when they searched his personal electronics, they’d find several types of ISIS videos, and that for the last five years he’s been viewing these types of videos, and that these viewings “never get old.”

Bagemehl said he watched these types of videos when he gets the urge to shoot people, which relieves his “stress” so he doesn’t do that.