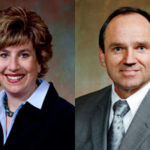 A candidate who challenged an incumbent in the race for a state senate seat in western Wisconsin has conceded following a recount. After all of the ballots in the 32nd Senate District were counted, canvassed and recounted, Senator Jennifer Shilling (D-La Crosse) maintained her lead over Republican candidate Dan Kapanke and Independent candidate Chip DeNure.

With final recount results in at all four counties in the 32nd District, Shilling declared victory and released the following statement:

“With the result of the race once again confirmed, I hope we can put this election behind us and continue moving forward on the issues that working families are concerned about. It’s time to get to work strengthening our schools, investing in infrastructure and expanding economic opportunities in our state.

“I want to thank all of the local election officials, poll workers, volunteers and observers who put in many long hours to protect the integrity of our electoral process and make sure every vote was counted. Once again, their efforts have resulted in another clean, open and transparent election in western Wisconsin.”

Kapanke, who was trying to reclaim the seat he lost to Shilling in a 2011 recall election, released a statement:

“Now that the recount is complete, I would like to congratulate Senator Jennifer Shilling on her win. I wish her the best, and know that when she returns to Madison she will represent all of the voters in the 32nd district. What a great responsibility and privilege for her to do so.”

“I requested this recount to ensure that each and every vote that was cast was recorded correctly and fairly. This recount has ensured that. This was a great campaign. I’m proud that we focused on the issues and talked about what we can all do to make Wisconsin a better place to live, work and raise a family.”