You are here: Home / News / Sounding the alarm over ‘drugged driving’ in Wisconsin (VIDEO) 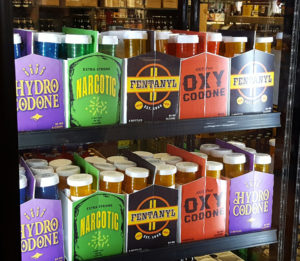 While Wisconsin has made great strides in recent years in efforts to combat drunken driving on its roads, state transportation officials say there are growing concerns now about drivers getting behind the wheel after abusing prescription or illegal drugs.

Drugged driving caused 149 traffic-related deaths in the state last year. Such cases have seen a 200 percent increase in the state over the past decade and state Transportation Secretary Mark Gottlieb says they accounted for almost a quarter of all traffic deaths in the state last year. “Whether it’s drugged driving…or it’s drunk driving, it’s all impaired driving – and any time you’re out on the highway impaired you’re endangering not only yourself and your passengers, but everyone else you encounter on our highway system,” he says.

The state DOT is launching a new public awareness campaign about the issue, which includes TV and radio ads that compare drug-use before getting behind the wheel to drinking alcohol before driving.

Gottlieb hopes the move will have the same effect as efforts that focused on drunk driving, which have helped reduce alcohol-related deaths by 38 percent and alcohol-related injuries by 50 percent over the last ten years.