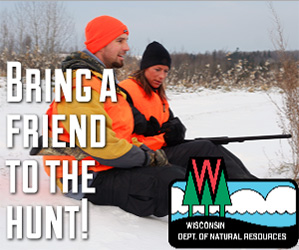 With license sales falling, the state Department of Natural Resources is expanding efforts to attract new people to hunting.

For the first time in 40 years, fewer than 600,000 people bought a license for this year’s gun deer season. Keith Warnke, who works in the agency’s hunter recruitment and retention program, says projections show that the state will continue to lose hunters as the baby boomer population ages, and the number of resident gun deer hunters could fall as low as 470,000 by 2030.

In response, the DNR has been working on new programs aimed at getting those with no previous hunting experience out in the woods. “We want to do that through novel ways that reach out to recruiting entire families and involving people in the identity of hunting, rather than getting them out hunting for a one time experience,” Warnke says.

One option the DNR is looking is a “hunt for food program,” similar to one that’s already been up and running Madison for the past five years. The program caters to people looking for locally sourced food, and has helped produce about 100 new hunters. “These are people who have no connection to hunting, no other way into hunting,” he says. “When they actually become hunters, they’ll pass that on…and recruit more hunters themselves.”