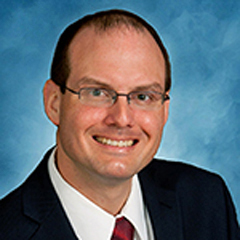 Wisconsin could once again enter the debate over which restrooms transgender students should use in schools.

Despite comments from Assembly Speaker Robin Vos (R-Rochester) this week that he thinks the measure is not needed, state Representative Jesse Kremer (R-Kewaskum) still has concerns about the lack of a state policy on the issue and believes it’s something lawmakers should address. The Kewaskum Republican said he will consider bringing back a bill next year that requires students to use bathrooms and changing areas that match their biological sex, not the gender the identify with. He proposed a similar measure last session, which failed to advance out of committee.

While Vos expressed confidence that the federal government could back off from a policy that’s resulted in schools facing lawsuits over transgender bathroom policies, Kremer said the issue actually existed before President Barack Obama’s administration got involved. “This is something…we had seen going on around the country, because it’s actually the agencies themselves that are causing the problems,” Kremer said.

Kremer said he’s currently watching the outcome of a lawsuit in Virginia, before deciding his next move. The case involves a challenge to a decision to allow a biologically female student – who identifies as male – to use the boy’s bathroom. The U.S. Supreme Court case put that ruling on hold earlier this year, while it considers the case. “I’d like to see where the courts do go with this…I’ve been cautiously optimistic there to see what happens,” he said.

The bill was the subject of a lengthy hearing at the Capitol last year, which saw numerous teens and LGBTQ advocates testify against what they described as a discriminatory state policy. Kremer argued that the bill is actually about protecting the privacy of all students though – including those worried about having someone of the opposite sex in a bathroom with them. “I don’t want to hurt any kid in Wisconsin,” he said. “This is not bashing or demeaning or putting down anyone…it’s to protect every single kid in Wisconsin.”

Kremer’s previous bill did include a provision that allowed schools to have gender neutral facilities for transgender students, as long as they were completely enclosed for privacy. Some districts raised concerns that creating those facilities would be too expensive.