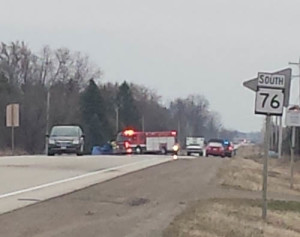 Despite unseasonably mild weather in most areas of the state, there were 13 more traffic deaths last month compared to November 2015.

Preliminary statistics from the Wisconsin Department of Transportation show traffic crashes in the state last month claimed 62 lives. Five people died in crashes during the Thanksgiving holiday period, which was one of the busiest holiday periods on the road in the state in more than a decade.

Over the first 11 months of the year, 550 people have died in Wisconsin traffic crashes – 33 more than during the same period in 2015 and 40 more than the five-year average.