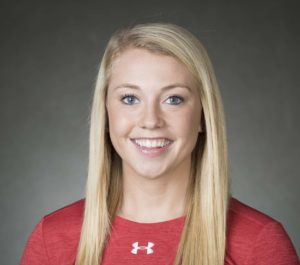 Officials originally  believed the cause was malfunctioning humidifiers at the arena, but now believe the ice resurfacing equipment may have leaked carbon monoxide.

UW senior Michaela Johnson, the daughter of head coach Mark Johnson, was most affected by the carbon monoxide.  She became ill during the game and was taken to an area hospital, where she was treated and released late Friday night.

Because of the facilities condition at the time, Saturday’s second matchup between the two teams was cancelled.

The top ranked Badgers will return home for a six-game homestand that starts Friday night (7 p.m.) against St. Cloud State at LaBahn Arena.  The two teams will play the series finale on Saturday at 4:00 p.m. at the Kohl Center, where they hope to set a single-game attendance record.  In 2014, a record 13-thousand, 573 fans attended Wisconsin’s game against Minnesota.

AUDIO: Mark Johnson says his daughter Michaela was affected the most :22