You are here: Home / News / Bill would end Daylight Saving Time in Wisconsin 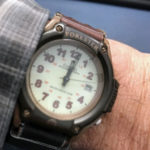 The move would mean state residents would no longer have to move their clocks ahead an hour in the spring. That would mean the sun would appear to rise earlier in the morning and set earlier on summer evenings.

Kerkman and Schraa say that the change would let people get an extra hour of sleep. They also say daylight saving time causes general confusion and forces kids to go to school in the dark.