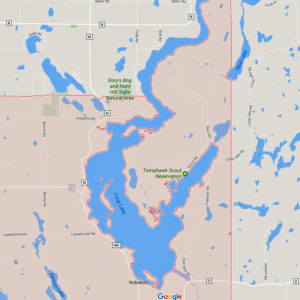 A man is dead after his vehicle broke through thin ice on Long Lake in Washburn County Tuesday night. The body of 60-year old David E. Magnus of Sarona was recovered about 10:30 a.m. Wednesday.

Investigators believe Magnus was driving his Chevy SUV on the lake around 6:30 p.m. Tuesday when it broke through the ice near the Lincolnwood Resort.

The effort to recover Magnus was delayed until Wednesday after Washburn County Sheriff Terry Dryden decided that a nighttime recovery was too dangerous for divers.

Even though there was thick ice around the general area, investigators say there was a large ice ridge several 100 yards long with very thin ice. Sheriff Dryden is warning drivers to check ice thickness before driving onto area lakes.