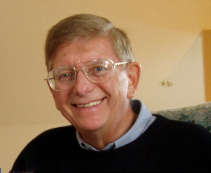 Former Department of Natural Resources secretaries oppose a legislative proposal to break up the agency. Among them former Secretary George Meyer, who headed the agency from 1993 to 2001. “It is the most effective and cost-efficient way to manage natural resources in the state,” Meyer said.

In a letter to Governor Scott Walker, the former secretaries urge him to oppose legislation from Republican state Representative Adam Jarchow (R-Balsam Lake) to split DNR functions. “This a very positive letter in terms of providing information from people that have experience running this major state agency.”

Meyer said agency programs need to be kept together. “These programs work together every day, because the functions and the management of resources are interrelated,” he said. “It’s going to be much more difficult to manage the resources by having five agencies.”

In addition to Governor Walker, the letter was forwarded to legislators. The offices of Walker and Jarchow did not respond to a request for comment on the letter.