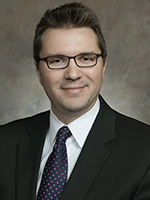 In the wake of federal investigations and a lawsuit targeting the state’s juvenile corrections facilities in Lincoln County, a state lawmaker is calling for the Department of Correction to look at overhauling the current system.

Both facilities have faced intense scrutiny over the past year, following reports of abuse. A federal investigation is underway, but no charges have been filed. Earlier this month, a federal lawsuit was filed alleging youth have been subject to the excessive use of solitary confinement and chemical attacks.

Goyke points to the high recidivism rates among those who have been held at Lincoln Hills as evidence of how Wisconsin’s current model is not working. He says about two-thirds of the kids who were at Lincoln Hills went on to commit another crime within three years of their release.

The Milwaukee Democrat is working on legislation that calls for the state DOC form a committee that would study implementing a corrections model in Wisconsin that’s similar to one use in Missouri. The study would focus on recommending ways to create smaller juvenile correctional facilities across the state, which would allow the DOC to separate offenders based on their risk level and also house them closer to their homes. A frequent complaint about the Lincoln County facilities is that the youth kept there are largely from Milwaukee, which is more than three hours away.

A DOC spokesman said the agency is “committed to the safety and security of youth in DOC custody. DOC has overhauled the Division of Juvenile Corrections, including the appointment of a new division administrator and Copper Lake School/Lincoln Hills School superintendent.”

In addition, the agency’s Tristan Cook said the DOC has “identified and implemented a number of reforms to address concerns that have been raised. DOC is conducting a comprehensive review of policies and procedures to align with best practices.”