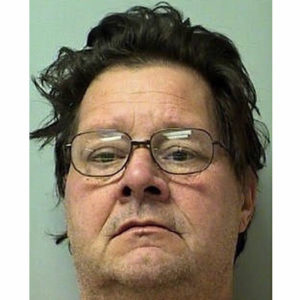 A criminal complaint relates harrowing details in an alleged kidnapping and sexual assault. A 54-year-old man used a “homemade taser” on a woman, bound her with duct tape and forced her to perform a sex act before putting her into a wooden box and attaching a lid with screws, according to the complaint filed Tuesday in Marathon County Court.

Allen Jamroz was charged with three felonies: kidnapping, second-degree sexual assault and false imprisonment. Prosecutors say the incident happened last Wednesday at his rural Mosinee home. Judge Gregory Strasser ordered Tuesday a $30,000 cash bond for Jamroz. He will have a preliminary hearing on January 11 in Wausau.

According to a complaint obtained by WAOW NewsLine Nine:

The victim, identified only by her initials, told investigators she had gone to Jamroz’s home because she thought his granddaughter was there and she wanted to spend time with her. Instead, Jamroz asked the victim to help him do some basement remodeling. The victim claims Jamroz surprised her from behind by shocking her with a “homemade Taser with sharp probes,” and the bound her wrists, knees and ankles with duct tape.

He ordered her to perform oral sex on him before telling the victim to send a text message to her mother and another person, claiming she was “leaving the area with Bob . . . Jamroz told her he had not yet decided how long he intended to keep her but it might be awhile.”

The victim said she was locked in the box and passed out “for an unknown period of time”.  She was able to free herself from the duct tape with a nail she had grabbed during a struggle with Jamroz. She was then able to force the lid off the box, use a hammer to pry open a locked basement door and escape from the home.