You are here: Home / Crime / Courts / No foul play suspected in death of inmate at Dodge Correctional Institution 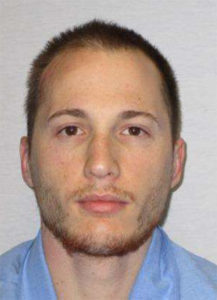 The death of an inmate from Iowa at the Dodge Correctional Institution in Waupun last month appears to have been self-inflicted.

Corrections officers found 26-year-old Justin Kestner unresponsive in his cell on December 21st. The inmate, who had been transferred to Wisconsin from an Iowa prison in November, was pronounced dead a short time later.

Dodge County Sheriff Dale Schimdt said his office’s investigation has given them no reason to believe any foul play was involved in Kestner’s death. “It appears to have been self-inflicted,” Schimdt said.

Kestner escaped from a maximum security prison in Iowa in July of 2015 by tying bed sheets together to climb from a medical unit window. He stole a car and made it nearly 100 miles away to Illinois, before he was eventually captured in a cornfield. Iowa corrections officials said he assaulted a guard at one of the state’s medium security prisons in October.