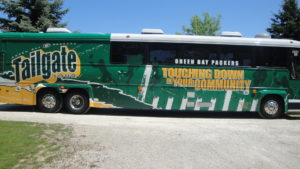 Fans interested in ‘Tailgate Tour’ details are encouraged to visit www.packers.com as tour information will be updated as the dates near.