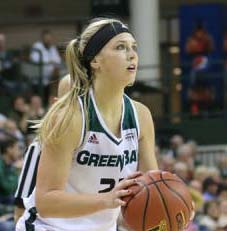 The Phoenix play next at Cleveland State on Saturday at noon.

Steph Kostowicz hit a buzzer beating game winner for the Milwaukee Panthers, who knocked off Cleveland State 80-78 at the Wolstein Center.

The Panthers (14-6, 6-3 HL) overcame a 13-point deficit in the first half and took the lead before halftime.

Sierra Ford-Washington started the game winning play with the ball, dishing to Kostowicz with six seconds left.  Kostowicz drove and scored on a reverse layup for the win.