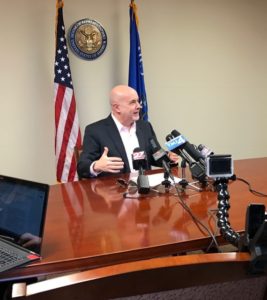 U.S. Representative Mark Pocan is the only member of Wisconsin’s congressional delegation who will skip Donald Trump’s inauguration on Friday. The Madison Democrat cites concerns over Trump’s conflicts of interest, Russian interference in his election, and Trump’s Twitter habit.

Pocan said Trump’s tweets targeting Georgia Congressman and civil rights icon John Lewis were especially problematic. “I would argue that John Lewis has probably done more in a week of his life than Donald Trump’s Twitter account has done in its entirety,” Pocan said. “That was a problem.”

More than 60 Democrats in the House will not attend the inauguration. No U.S. Senators have said they’ll skip the event.