You are here: Home / Education / State Superintendent candidate calls for creating Wisconsin board of education 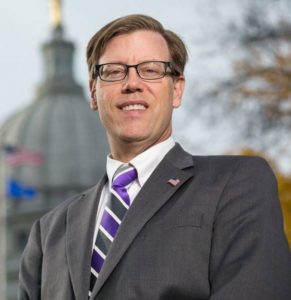 One of the candidates for state Superintendent of Public Instruction thinks Wisconsin needs a statewide Board of Education.

John Humphries said a statewide school board would provide needed accountability for the Department of Public Instruction. “For too long DPI has not been held accountable for results, and there are no adequate checks and balances on the power of the state superintendent,” he argued.

Humphries’ proposal calls for creating a nine member board, which would be appointed by the governor and legislature. Members would serve three year terms, with at least one representative coming from each Congressional district in the state. The board would be tasked with rejecting or approving all administrative rules the DPI proposes.

The move would require passage of a state constitutional amendment, which means it would need to pass two consecutive legislative sessions and then a statewide vote.

Humphries defended the plan, claiming those against it are afraid of being held accountable. “I want to be accountable to the taxpayers, the voters, and to the teachers and educators around the state for whom, for too long, DPI has just been an agent of over-regulation.”