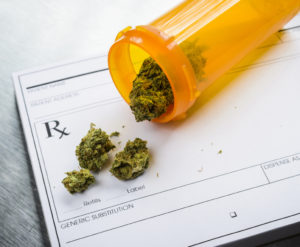 State Sen. Jon Erpenbach of Middleton, one of the lawmakers behind the proposals, said he’s hopeful that at least the referendum would stand a chance of being considered in the Republican-controlled legislature. Erpenbach and Rep. Chris Taylor (D-Madison) have proposed Senate and Assembly versions of the legislation.

Erpenbach said a vote in favor of the referendum wouldn’t necessarily signal that a lawmaker supports medical marijuana. “The referendum just gives people around the state a chance to weigh in on the issue.”

Editor’s note: This story was updated to correct that Rep. Chris Taylor, not Sen. Lena Taylor, is the other sponsor of the bill and amendment.