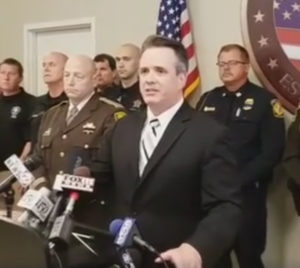 New protections are in the works for those on the front lines in Wisconsin.

“So if an assault happens against a police officer, specifically because he’s a police officer, a judge and district attorney will have the opportunity to increase those penalties and prison times to appropriately punish those people. What it does is elevate specific actions against law enforcement to a hate crime,” says Steffen.

Steffen says now’s the time to step up and protect those who protect us. “It’s important that we, at this time, take that stand against those who are involved in these crimes and again also showing our strong support for the men and women who protect us every day.”