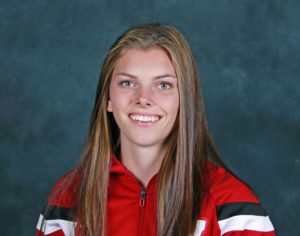 It is Clark’s first time being named the league’s player of the month.  She’s received WCHA Offensive Player of the Week honors on Dec. 13.

After recording an assist in UW’s 8-2 win over the Minnesota Gophers on Dec. 4, Clark had a breakout weekend against the Ohio State Buckeyes, scoring seven points.  She had a career-high five points in UW’s 7-0 win at Ohio State on Dec. 9, collecting a goal and four assists.  Clark continued her hot streak into UW’s 5-0 win the next day, tallying a pair of assists.

The Saskatoon, Saskatchewan native capped off her month playing on the Canadian senior national team in a series against the U.S. on Dec. 19 and 21 before heading to Germany with the Canadian development team for the Nations Cup this week.

The top ranked Badgers wrap up non-conference play this weekend (Friday-Saturday) with a series at Lindenwood.