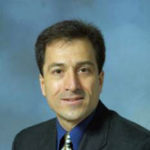 So just what is “extreme vetting?” It’s been promised by President Donald Trump once a temporary ban on entry to the U.S. by residents of several majority Muslim nations expires. Marquette Law School associate professor Ed Fallone said the existing refugee vetting system is fairly rigorous.

Fallone said persons designated as refugees by the United Nations complete a lengthy process to be allowed to enter the U.S. “It’s only after that, that person would be approved for resettlement to the U.S. And that whole process typically takes around 18 months.”

The Trump administration has said that the executive action is necessary to ensure the safety of the U.S. Fallone questions its effectiveness. “If a terrorist wants to come to the U.S., living for 18 months in a refugee camp in really appalling conditions is probably not as easy a way to get into the U.S. as trying to get a tourist visa or traveling to the border to try to sneak in,” he said.

Fallone noted that we’re still largely in the dark about what “extreme vetting” might consist of. “It’s never been made clear what additional screening or procedures are necessary,” he said. “When Trump talks about extreme vetting, no one really knows what he’s talking about. It’s difficult to imagine what more you could ask from these people, they’ve already been displaced from their homes.”