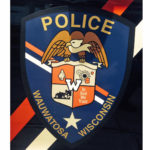 A Wauwatosa police officer who shot and killed a man last summer will not face federal civil rights charges. The U.S. Attorney’s office announced the decision Monday. Officer Joseph Mensah shot and killed Jay Anderson in his car the night of June 23rd. Mensah claimed Anderson reached for a loaded gun on the passenger seat.

Jonathan Safran is the Anderson family’s lawyer, and disputes that. He said Anderson “wasn’t bothering anybody,” was asleep in the parked car.

Mensah has returned to duty. Safran says the Andersons are considering filing a civil lawsuit.

“I think it’s certainly, in my mind a mistake,” he said. “This officer was involved in a prior police shooting death only 11 months before. That’s a very unusual thing.”

In July 2015, Mensah and another officer shot and killed a 29-year-old man who was waving a sword. Prosecutors determined the officers acted in self-defense.