You are here: Home / Packers / Packers acquire compensatory pick with loss of Hayward 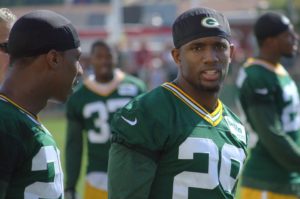 The Green Bay Packers were awarded a fifth-round draft pick in the upcoming 2017 NFL draft, as compensation for the loss of defensive back Casey Hayward in free agency last year.

The selection will be the 39th of the fifth round and the 184th overall.

Hayward signed with the San Diego Chargers for three years, receiving a deal just over $15 million.  In 14 starts, Hayward had a league best seven interceptions and earned a pro bowl berth.

The NFL awarded a total of 32 compensatory draft choices were awarded to 16 teams.

For the first time this year, teams can use compensatory draft picks in trades.