You are here: Home / News / Rumor has it – Wisconsin dog wins ‘Best in Show’ 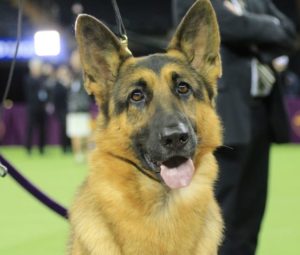 A German Shepherd from Edgerton is this year’s winner at the Westminster Kennel Club Dog Show.

The five-and-a-half year-old female named Rumor won Best in Show on Monday night. Owner Kent Boyle says the dog has an “awesome disposition,” who has been a great pet and family member.

A year ago, Rumor lost out in the very same arena to a German shorthaired pointer. She came out of retirement to win this year’s show.