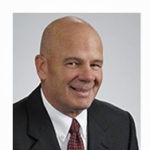 A new Assembly Committee on Urban Revitalization is holding public hearings in cities around the state. State Representative Bob Gannon (R-West Bend) is the committee chair, and says he doesn’t want to hear from politicians.

Gannon, who has a reputation at the Capitol as a concealed carry advocate, and who once flipped off a Democratic lawmaker on the Assembly floor, says Republicans don’t have any animosity towards the state’s cities.

“I’ve been called a racist, a joker and a Milwaukee-hater,” Gannon noted. “None of the above are true. What the politicians say and that the citizens say, I think we’re going to find out the truth of that as we have the hearings.”

The committee findings will serve as a basis for legislation. State Representative Jason Fields (D-Milwaukee) serves as the committee vice-chair.