You are here: Home / Business / Wisconsin groups react to Pruitt at head of EPA

Business and environmental groups are bound to be at odds over President Donald Trump’s new Secretary of the Environmental Protection Agency. 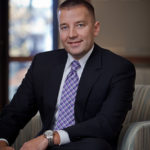 Scott ManleyBusiness and environmental groups are bound to be at odds over President Donald Trump’s new Secretary of the Environmental Protection Agency.

Scott Manley, Senior Vice President of Government Relations with Wisconsin Manufacturers and Commerce, is eager to see Scott Pruitt at the head of one of the most powerful federal regulatory agencies. “If we look at his history as the attorney general of Oklahoma, he’s going to look for instances where the EPA exceeded their legal authority,” Manley said.

Manley cited the Obama administration’s controversial “Clean Power Plan” as an example. “That’s a regulation that was estimated to cost Wisconsin employers — and ultimately Wisconsin consumers — anywhere from $3 to $13 billion.”

“Scott Pruitt has sued EPA to block protections against toxic mercury, which impacts children’s development. He has sued to block clean water safeguards to protect our drinking water supply, he denies climate change” said Reopelle. “He’s repeatedly argued that EPA should have little or no role in protecting America’s health well-being from air and water pollution.” 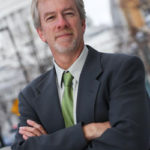 Reopelle is particularly worried about Wisconsin’s groundwater, which is already being impacted by manure from large-scale agricultural operations.

The U.S. Senate confirmed Pruitt, who has served as Oklahoma attorney general since 2011, on Friday.

“What we have seen for the past eight years is a couple of EPA secretaries under the Obama administration that choose to twist and contort the law in order to push a political agenda,” said Manley.

“You hear about the fox guarding the henhouse. This is more like putting a starving grizzly bear in a henhouse,” said Reopelle. “It’s just going to be disastrous for America’s health.”