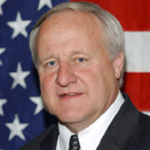 Proposed legislation would penalize people who attempt to defraud the Wisconsin Economic Development Corporation. A conviction for defrauding WEDC or misusing WEDC funding could result in 15 years years in prison along with thousands of dollars in fines.

Hansen said passing the legislation will send a message to anyone trying to defraud WEDC: “that they are going to pay a heavy price for it, including prison time.”

Those who intentionally defraud WEDC would also be ineligible for economic development benefits for 7 years. Similar legislation was introduced late in the last legislative session. It passed the state Assembly but not the Senate. The Assembly version of the measure has been introduced by Representative Samantha Kerkman (R-Powers Lake).