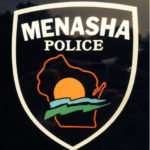 A Fox Valley man is accused of leaving his baby daughter in a car for three hours while he was drinking in a tavern. Menasha Police say a 53-year-old Chilton man was so drunk, tavern employees would not serve him anymore or let him drive off.

The man reportedly would not cooperate when staff tried finding a safe ride home for him — and when he said he had to check on his daughter, employees found the two and one-half month-old baby in his car. The baby girl was taken to a hospital where she got to see her mother, who was working during the reported incident.