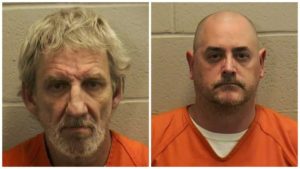 Additional charges have been filed against the two men accused of stealing thousands of dollars’ worth of diapers from a charity.

It is not known if the two new theft counts against both John Forbes and Jason Havel are tied to the alleged theft of 1,700 cases of diapers that were being stored at Valley Packaging for the Fox Cities Diaper Bank, which helps local families in need.

Forbes’ initial appearance is Thursday while Havel has an April 6 preliminary hearing.

On the previous charges, Forbes is scheduled to enter a plea May 15 while Havel has a court trial May 23.