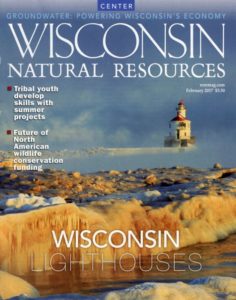 The head of the Department of Natural Resources is defending a state budget provision that ends publication of an agency-produced magazine.

The decision to cut the popular Wisconsin Natural Resources magazine prompted a strong public backlash, and also resulted in surge in subscriptions for the publication. During agency budget briefings at the Capitol on Thursday, Joint Finance Committee co-chair John Nygren (R-Marinette) questioned whether the move is justified, considering the outpouring of support. “This is one of the questions where we ask, ‘Is the juice worth the squeeze,'” he said.

DNR Secretary Cathy Stepp said the move makes sense though, given that online publications and social media are more cost-effective ways to get information out to the public quickly, while also allowing the agency to more easily communicate with readers. “Times have changed,” Stepp said.

Sen. Jon Erpenbach (D-Middleton) agreed that technology is changing and more people look for information online. However, he said the state still continues other programs that are outdated, such as road maps published by the Department of Transportation. “We still make state maps, even though times are changing and people don’t necessarily need state maps anymore. People like them. People appreciate them,” he said.

Stepp faced nearly three hours of questioning, as lawmakers opened a third day of agency budget briefings at the Capitol. The secretary also fielded questions about DNR regulation of water pollution and reductions in staffing levels.