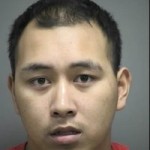 The Wisconsin Supreme Court is considering whether a lower court acted correctly in sentencing a man on two separate counts in a hit-and-run case involving the deaths of two young Janesville motorcyclists.

The court heard arguments Tuesday in the case of 27-year-old Sambath Pal, who, almost three-years-ago, fled the scene of the crash on Highway 14 near Janesville.

A Rock County Judge sentenced Pal to a total of 20 years in prison – 10 years on each count of hit-and-run involving death.

Pal’s defense attorney is arguing the sentence was unduly harsh, and that Pal should have been sentence on only one count because he only left the scene once.  It’s not known when the court will render a decision in the case.