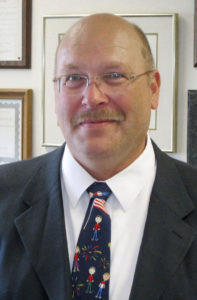 The state Elections Commission has dismissed a complaint filed against a candidate for state superintendent of public instruction.

The complaint brought by liberal advocacy group One Wisconsin Now followed reports that Lowell Holtz had proposed a deal to primary opponent John Humphries, in which one of them would drop out of the race in exchange for a six-figure job at the Department of Public Instruction if the remaining candidate won. Humphries went public with the proposal ahead of the primary last month, which he ultimately lost to Holtz.

Commission members said in a letter that the offer did not violate current state laws on election bribery. In a statement, Holtz said the panel made the correct and ethical legal decision.

OWN executive director Scot Ross said the inaction by the commission may be more about a problem with current state law than anything else. “The fact that Lowell Holtz was offering…essentially a bribe to his primary opponent to get out of the race should be illegal under the law, if it is not already,” he said.

A Democratic state lawmaker has introduced a bill that would criminalize offers like the one described in the complaint.

Holtz and current state Superintendent Tony Evers will face each other in an election next month.