You are here: Home / Sports / Free announces his retirement from the NFL 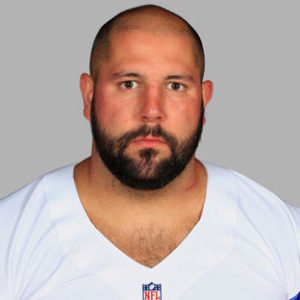 Manitowoc native Doug Free, announced his retirement from the NFL and the Dallas Cowboys over the weekend.  Free played 10 seasons for the Cowboys and his departure opens a hole on the Cowboys offensive line.

The 33-year-old Free was entering the final year of his contract and passed on $5 million with his decision.

The former Manitowoc Lincoln standout was a fourth round pick of the Cowboys in 2007 out of Northern Illinois and turned into a big leader on their offensive line.  He started every game he played in since 2010 and made the switch to right tackle in 2012.

Free has been troubled by foot and ankle injuries the past few years but maintained his spot in the lineup.

The Cowboys will gain $5 million in cap relief with Free’s retirement, but they now have to find a replacement for Free, not to mention their many needs on the defensive side of the ball.

Free has no definite immediate plans but he said he ultimately plans to put his Bachelors degree in Industrial Technology to use.

(Thanks to WOMT’s Damon Ryan for contributing to this story)