You are here: Home / News / Mayors push back against Trump budget 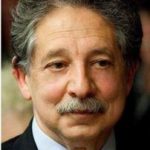 President Donald Trump said the HUD programs aren’t working. “That statement is based on as much fact as his claim that President Obama was wiretapping him,” Barrett said.

Trump is proposing to eliminate Community Development Block Grants, which cost $3 billion a year, and the HOME Investment Partnership program, which along with cuts to other housing programs is expected to save $1.1 billion. according to the Wisconsin State Journal.

“The statement that these programs aren’t working is just plain stupid and I really believe it’s driven by a right-wing political ideology,” Soglin said.