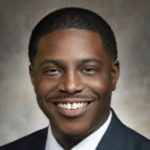 “To increase transparency for the families and the public we must require independent investigations of all deaths that occur in jail and corrections custody,” Crowley said, noting that only one of four recent deaths at the Milwaukee County jail have been reviewed by an outside agency. “The grieving families have not gotten anything. That’s a problem.”

The jail deaths occurred on the watch of controversial Sheriff David Clarke, although Larson said the bill would apply statewide. “It’s a good government thing. Sheriff Clarke will not be there forever, and this is something that impacts the entirety of the state.”

The bill would amend Wisconsin’s three year-old law requiring outside investigations of officer involved shootings to include deaths while under the supervision of corrections officers.